“Why do people respond to these misfortunes and not to others? … Rifkin and others have argued, plausibly, that moral progress involves expanding our concern from the family and the #tribe to #humanity as a whole. Yet it is impossible to empathize with seven billion strangers….. Our best hope for the future is not to get people to think of all humanity as family—that’s impossible. It lies, instead, in an appreciation of the fact that, even if we don’t empathize with distant strangers, their lives have the same value as the lives of those we love”, share the same skin color or practice the same religion with.
http://www.newyorker.com/magazine/2013/05/20/the-baby-in-the-well

And we would be wise, too, to afford them the same #dignity in times of misfortune, lest the disparate treatment causes the gap in/focus on differences to grow wider, and potential for conflict to grow greater.

“#Territorialists like Donald J. #Trump suggest that people can have their cake and eat it: disrupt globalisation and stay rich, minimise investment in international affairs and remain safe and free. They take the huge gains in prosperity, security and freedom of the last decades for granted. They fail to understand that those gains depend on massive investments of nation states in international order, and that globalisation is based on open societies and increasingly easy cross-border flows of goods, people and information.”

Political Real talk – Legal and Financial theory edition:
1. Rule of law and adherence to norms is crucial in a capitalist economy. Take contracts, for example. You enter into contracts with strangers you have no reason to otherwise trust, because you believe the other party will nevertheless fulfill the terms because a court would uphold those terms. Trust in the *system lowers all kinds of potential transaction costs compared to corrupt and/or opaque systems (see, China).
2. Rule of law and adherence to norms thus provides the predictability that encourages investment. Beyond day-to-day transactions and contracts, US capital markets are considered the best because of both size, transparency/regulation. Companies want to access cash, investors don’t want to get swindled. (US treasuries are considered amongst the safest debt.) Only the riskiest investors are in Russia and Nigeria!
3. Investment creates jobs. When a company accesses capital to grow, it hires! When companies hire, employment goes up, purchasing power goes up, demand goes up, the economy goes up! And stock markets also do well – which is how investors are rewarded for parting with their cash in the present, for *potential return in the future.
4. Pension funds invest in markets. Teachers, firemen, police, government employees – pension funds depending on market returns in a healthy, growing economy, to be able to deliver when people retire and collect (you didn’t think your money was simply being held in a bank account on your behalf – I hope not!) #Mainstreet is tied to #Wallstreet! (Compensation to finance professionals, tax rules, and carry percentages/moral hazard is a separate topic)
5. Rich people …. oh, we’re talking about rich people now. Well, Jeff Bezos probably doesn’t care as much as you think he does if his net worth drops $100 million. But a pensioner might care, at the time of his/her retirement, if the market that year tanks 10% then the economy enters a 5-year recession, causing the State government to force renegotiations over pensions that can’t be funded.
6. When the markets/economy goes to shit, rich people may theoretically have more to “lose”, but the average Joe actually *feels more pain.
7. When there is uncertainty, investment slows. People with money stop investing, companies with cash stop hiring (see, e.g. all the corporate stock buy-backs post-financial crisis! Low reinvestment rates!) Workers – blue collar workers – tend to be the first to lose jobs! People with money makes less money, but “average Joe” actually feels the pain.
8. Ok … politics. When Rule of Law is threatened by Rule by Man, guess what? When democratic institutions are weakened and the judiciary slandered, when experts are dismissed and mob “justice” encouraged, guess what! The whims of a populist demagogue …. is just … all so unpredictable. The rich, educated “elites” (e.g. 100 tech leaders) probably think, eff this. America isn’t so clearly first; free capital movement – to India, and beyond (or, corporate America, sit on cash piles and not reinvest, not hire).
9. When the American economy contracts because of political uncertainty (see, eg, Brexit), those who voted for the demagogue feel the pain first. The “elite” will most definitely be ok (for a while).
10. Be afraid. Be very afraid. 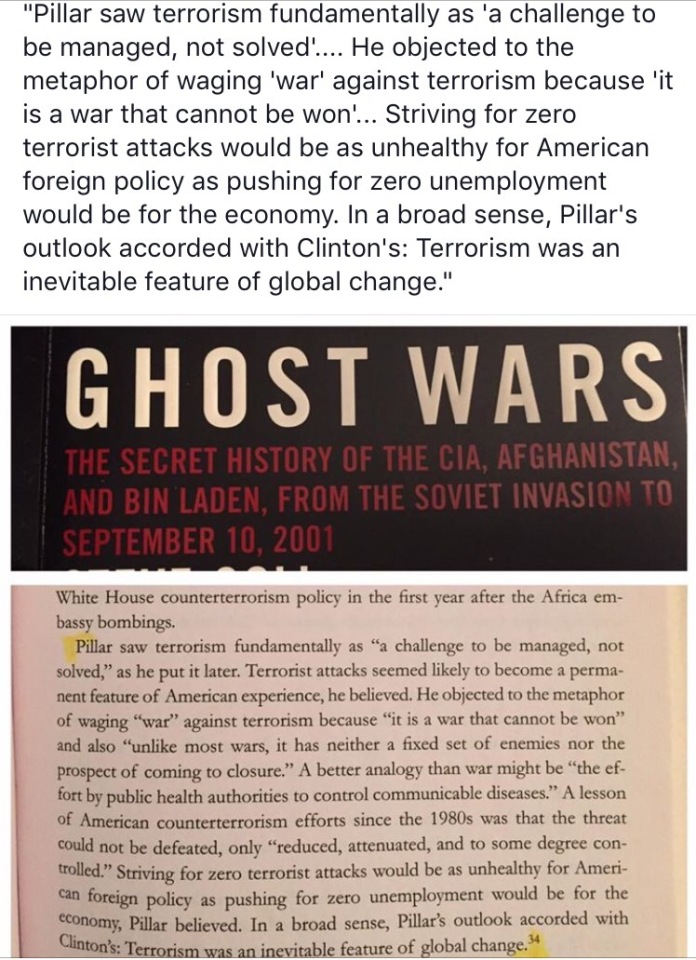 Rudy Giulani screams “They are coming to kill us!”

Lt General Michael Flynn caps off, “This is the last stand.”

I’ll have fruit loops for breakfast.

The Threat Is Already Inside 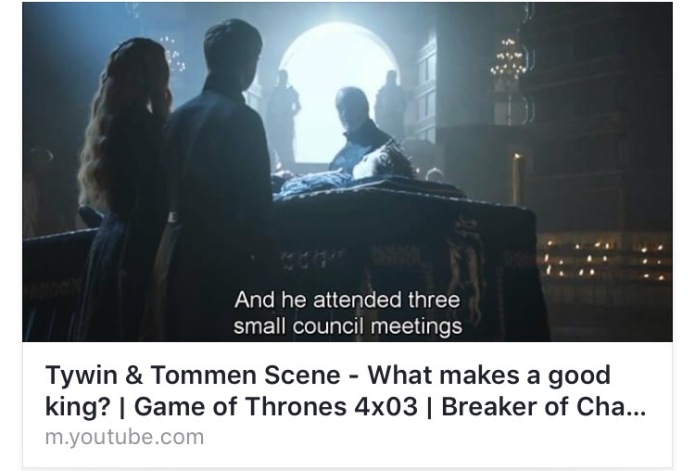 #TywinLannister: What kind of king do you think you’ll be?

Tywin: I think you will. You have the right #temperament. But what makes a good king? What is a good king’s single most important quality?

Tywin: Baelor the Blessed was holy. And pious. He built this sept. He also named a six-year-old boy High Septon because he thought the boy could work miracles. He ended up fasting himself into an early grave because “food was of this world, and this world was sinful.”

Tywin: A good king must be just. Orys the First was just. Everyone applauded his reforms, nobles and commoners alike. He was murdered in his sleep after less than a year, by his own brother. Was that truly just of him, to abandon his subjects to an evil he was too gullible to recognize?

Tommen: No. … What about #strength?

Tywin: Yes. Strength. King Robert was strong. He won the rebellion and crushed the Targaryen Dynasty and he attended three small council meetings in seventeen years. He spent his time whoring and hunting and drinking until the last two killed him. So, we have a man who starves himself to death; a man who lets his own brother murder him; and a man who thinks that winning and ruling are the same thing. What do they all lack?

Tommen: Wisdom is what makes a good king.

Tywin: But what is wisdom? Hmm? A house with great wealth and fertile lands asks you for your protection against another house with a strong navy that could one day oppose you. How do you know which choice is wise and which isn’t? You’ve any experience of treasuries and granaries or shipyards and soldiers?

Tywin: No. Of course not. A wise king knows what he knows and what he doesn’t. You’re young. A wise young king listens to his counselors and heeds their advice until he comes of age. And the wisest kings continue to listen to them long afterwards.

#GameOfThrones #DonaldTrump
Donald Trump: I consult myself on foreign policy, ‘because I have a very good brain’

http://m.washingtontimes.com/news/2016/mar/17/donald-trump-i-consult-myself-on-foreign-policy-be/
“What I think is scary is a president who doesn’t know their stuff and doesn’t seem to have an interest in learning what they don’t know.” – Barack Obama

Trump aspires to be #Tywin, projecting strength and a pragmatic “common sense” worldview, but he’s actually much closer to #Joffrey, a cruel, narcissistic, ignorant boy, who has never mentally “come of age”: 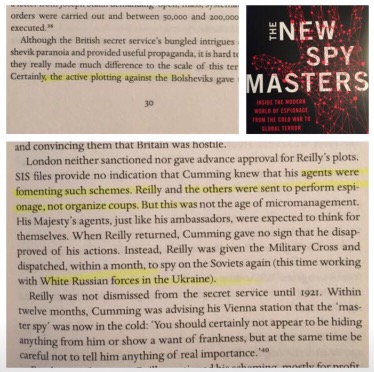 Long before Vladimir Putin was Russian President, he was a young KGB intelligence agent working in Germany. Shouldn’t be a surprise he is versed in the arts of disinformation but also, more interestingly, honed an appreciation for how popular disillusionment can be mobilized to topple political establishments:

“The experience …. left him with a huge anxiety about the frailty of political elites, and how easily they can be overthrown by the people.

“Putin had arrived in Dresden in the mid-1980s for his first foreign posting as a KGB agent. The German Democratic Republic or GDR – a communist state created out of the Soviet-occupied zone of post-Nazi Germany – was a highly significant outpost of Moscow’s power, up close to Western Europe, full of Soviet military and spies.

“Putin had wanted to join the KGB since he was a teenager, inspired by popular Soviet stories of secret service bravado in which, he recalled later, “One man’s effort could achieve what whole armies could not. One spy could decide the fate of thousands of people.”

“Initially, though, much of his work in Dresden was humdrum. Among documents in the Stasi archives in Dresden is a letter from Putin asking for help from the Stasi boss with the installation of an informer’s phone.

“But if the spy work wasn’t that exciting, Putin and his young family could at least enjoy the East German good life. Putin’s then wife, Ludmila, later recalled that life in the GDR was very different from life in the USSR. “The streets were clean. They would wash their windows once a week,” she said in an interview published in 2000, as part of First Person, a book of interviews with Russia’s new and then little-known acting president…

“He enjoyed very much this little paradise for him,” says Boris Reitschuster. East Germany, he says, “is his model of politics especially. He rebuilt some kind of East Germany in Russia now.”

“But in autumn 1989 this paradise became a kind of KGB hell. On the streets of Dresden, Putin observed people power emerging in extraordinary ways.

I am not convinced that Donald Trump has spent the last 30 years with any reflection or introspection, whatsoever, to make a decision in 30 seconds with US nuclear codes, in a way that does not endanger our very country.
Nor would he listen to someone who has. The Donald listens to himself, he has a very good brain.

“Hayden, who also served as director of the NSA and CIA under both Democratic and Republican presidents… explained that if a President Trump wanted to use nuclear weapons, he could use nuclear weapons. ‘It’s scenario-dependent,’ Hayden said. ‘But the system is designed for speed and decisiveness. It’s not designed to debate the decision.’

“I spent 30 years getting ready for that decision that took 30 seconds.” – General James Mattis, US Marines

“Your spiritual path is much … of your own choosing. Make sure you don’t dismiss this as something of idle interest or not that important… You can sometimes put things on the spiritual level behind you, and the problem is then we endanger our very country.”

“Our country takes very seriously any idea that we would violate the law of war or endanger innocent people without very, very high regard for their lives.”

Standard
you hate mosquitoes too
Create a free website or blog at WordPress.com.