Two weekends ago, on Memorial Day, I stood on the beaches of Normandy, France, where Allied Forces landed on 6 June 1944, to begin the liberation of #Europe from Nazi Germany.

I was there with a 17-year old kid from New Orleans, Jackson, and his dad, Sandy, who had been an Army logistics officer in Germany.

Sandy said that he never pushed Jackson toward military service, and in fact, preferred that Jackson go to college after high school, but Jackson was hell bent on enlisting in the Army upon graduating, and to joining an airborne unit (82nd or 101st division).

I said, you know – everybody has their own reasons for when and why they volunteer. For most guys, the idea of adventure is probably part of it. But actually, one of the biggest challenges of deployment was boredom. There you are, in some shitty outpost, that you can’t leave without at least an 8-man patrol logged in with the COC (combat ops center). No movie theaters, no restaurants, no nothing when your “work” day is over. I smoked so many goddamn cigarettes on deployment simply to pass the time and cope with boredom.

But, if that was a disappointment (which it shouldn’t be – in retrospect you appreciate it as a blessing, to have deployments with little to speak of), there are things you walk away from your time in service you don’t join thinking of.

For me, that was not only meeting and working with Iraqis and Afghans, learning the culture and history, but also Americans from all walks of life and all corners of America: the middle class suburban Chicago kid, the Los Angeles gangster kid (he joined the Marines to leave the gangs), the kid from West Virginia who’s dad was a coal miner, officers who were Ivy League grads, etc.

You realize that America is a big and diverse country, though in civilian life you get the chance to go home after work and there is a tendency to self-segregate according to our religion, education, race, politics, what have you.

But the greatest privilege of my life and one of the most defining experiences – one I had no idea of when I volunteered – what I really walked away with is, the idea that people very different from yourself in many, many ways, are also very similar (in their commitment to shared sacrifice, and belief in this country, amongst other things), with those similarities ultimately being more important than the differences.

The military is, or was for me, if by accident, a time to develop greater empathy and understanding of people unlike myself – Iraqis, Afghans, and Americans alike.

So if in 2016 I post endlessly about the #tribalism, #parochialism,#provincialism that seems prevalent – it is a deeply personal thing.

I have seen what can be done when people make the effort to understand and get along with those unlike themselves, but also the conflict and tragedy that may result, in places like Iraq and Afghanistan, when they don’t, and default to the narrow parochialism of evolutionary tribal/sectarian instincts. That result now is civil war. 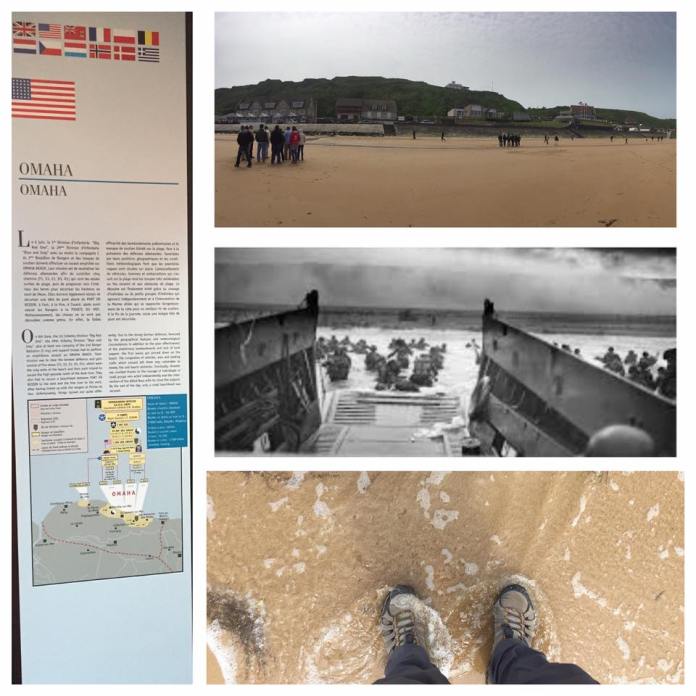 2.  #Provincialism (which I believe correlates with racism, xenophobia, etc.) is a bane of our otherwise diverse democracy:

“According to the just-released PRRI/The Atlantic poll, 40 percent of Donald Trump’s likely voters live in the community where they spent their youth, compared with just 29 percent of Hillary Clinton voters. And of the 71 percent of Clinton voters who have left their hometowns, most—almost 60 percent of that group—now live more than two hours away.*

“The effect is even stronger among white voters, who already tend toward Trump. Even a bit of distance matters: Trump wins by 9 points among white likely voters who live within two hours of their childhood home, but by a whopping 26 percent among whites who live in their hometown proper.

#EPluribusUnum?-
“Me against my brother, my brothers and me against my cousins, then my cousins and me against strangers.” —Bedouin saying
“Human nature is tribal. We form teams easily, most likely because we have evolved for violent intergroup conflict…. [But] something is broken in American tribalism. It is now “my brothers and me against my cousins” all the time, even when we are threatened by strangers and even when there is no threat at all.
“Democracy requires trust and cooperation as well as competition. A healthy democracy features flexible and shifting coalitions. We must find a way to see citizens on the other side as cousins who are sometimes opponents but who share most of our values and interests and are never our mortal enemies.
“Why do you see the speck in your neighbor’s eye, but do not notice the log in your own eye?… You hypocrite, first take the log out of your own eye, and then you will see clearly to take the speck out of your neighbor’s eye.” —Jesus, in Matthew 7:3-5
“Our tribal minds are equipped with a powerful tool: shameless and clueless hypocrisy. It is a general rule of psychology that “thinking is for doing”: We think with a particular purpose in mind, and often that purpose isn’t to find the truth but to defend ourselves or attack our opponents.
“Psychologists call this process “motivated reasoning.” It is found whenever self-interest is in play. When the interests of a group are added to the mix, this sort of biased, god-awful reasoning becomes positively virtuous—it signals your loyalty to the team. This is why partisans find it so easy to dismiss scandalous revelations about their own candidate while focusing so intently on scandalous revelations about the other candidate.
“Motivated reasoning has interacted with tribalism and new media technologies since the 1990s in unfortunate ways. Social media, hackers and Google searches now help us to find hundreds of specks in our opponents’ eyes, but no technology can force us to acknowledge the logs in our own.
“Nature has so formed us that a certain tie unites us all, but…this tie becomes stronger from proximity.” —Cicero, “On Friendship”
Humans are tribal, but tribalism can be transcended. It exists in tension with our extraordinary ability to develop bonds with other human beings. Romeo and Juliet fell in love. French, British and German soldiers came out of their trenches in World War I to exchange food, cigarettes and Christmas greetings.
The key, as Cicero observed, is proximity, and a great deal of modern research backs him up. Students are more likely to become friends with the student whose dorm room is one door away than with the student whose room is four doors away. People who have at least one friend from the other political party are less likely to hate the supporters of that party.
But tragically, Americans are losing their proximity to those on the other side and are spending more time in politically purified settings. Since the 1980s, Democrats have been packing into the cities while the rural areas and exurbs have been getting more Republican. Institutions that used to bring people together—such as churches—are now splitting apart over culture war issues such as gay marriage.
Jonathan Haidt and Ravi Iyer, “How to get beyond our tribal politics”, THE WALL STREET JOURNAL, 4 November 2016